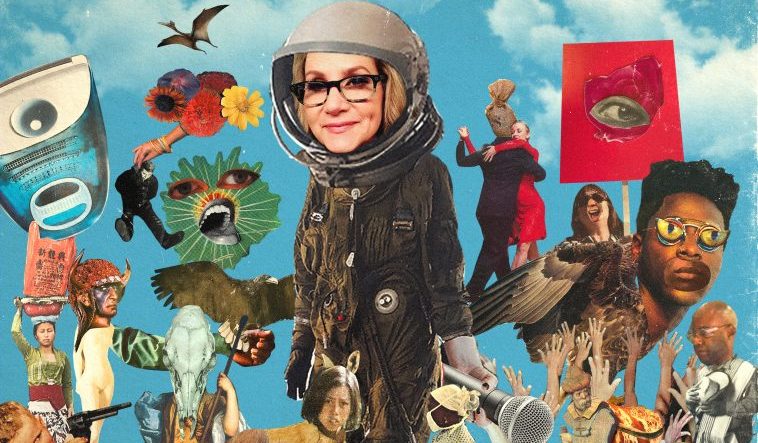 What’s That You Say

Listen Learn More
Multi-Grammy nominated singer/songwriter Joan Osborne released a new single about immigration titled, “What’s That You Say,” from her forthcoming album, Trouble And Strife. The song centers on the story of RAICES Associate Vice President of Advocacy Ana Maria Rea-Ventre, an immigrant whose family came to America from Mexico to seek a better life when she was a child. Her story, which she generously and bravely shares with us in her native tongue throughout the track, is powerful and emotional.

“‘What’s That You Say’ is a song about a character who embodies that richness, that joy that immigrants bring to our nation. She is brought here as a child, and blossoms into a beautiful, vibrant, woman, a pillar of her community. There was a space in the song that was crying out for a spoken-word passage, so I thought, why not turn it over to someone who has lived this immigrant journey? It seems we’re always talking about immigrants, debating this ‘issue’, and rarely listening to them speak for themselves, which makes me nuts.”
– Joan Osborne

“When Joan first reached out to me about sharing my story, I was intrigued but scared. It has been 22 years since I immigrated to the United States with my family, and I have never really spoken about the day we emigrated. I must admit, speaking about my father’s kidnapping, about how my parents no longer felt safe in Mexico, and how we had to leave the only home we had ever known was very emotional. As a little girl I had to say goodbye to everyone and everything I knew. My cousins, grandparents, the teachers that I loved, knowing that I might never see them again. Growing up in a small town in Texas, I always felt like an outsider, and was always afraid of living life as an undocumented immigrant. My dreams were often truncated because I didn’t have that piece of paper that said I could thrive and give back to the community I called home. When I was finally able to apply for citizenship as a young adult, after living and working here and volunteering for AmeriCorps for two years, the officials still treated me as if I was a bad person. As if I were trying to steal something when all I ever wanted was to finally be able to say I was part of a country I love so dearly. It was very difficult to confront these memories and everything that incited in me to reflect upon them. But ultimately, the opportunity to share my story was empowering in so many ways. My life hasn’t been an easy one, but it has made me strong, and I call upon that strength to give back to my community and fight for everyone’s right to have a better life. Today I’m no longer afraid. And I hope that by giving a voice to lived experiences such as mine I can help strengthen my community.”
– Ana Maria Rea-Ventre, RAICES Associate Vice President of Advocacy

Joan Osborne
JoanOsborne.com
On her tenth studio album, the masterful Trouble and Strife, Joan Osborne has issued a clarion call. With stunning vocals, a diverse range of sonics, and incisive lyrics, this deeply engaging collection of new original songs is her response to “the crazy, chaotic times we’re living in,” she says, and “a recognition of the important role music has to play in this moment. Music has a unique ability to re-energize people and allow us to continue to hang on to that sense of joy of being alive.” Since she broke through 25 years ago with the multi-platinum Relish and its touchstone mega-smash “One of Us,” the seven-time Grammy nominee has never played it safe. Osborne has followed her restless musical heart, exploring a diverse range of genres: pop rock, soul, R&B, blues, roots rock, gospel, funk, and country – all of which can be heard on Trouble and Strife, along with the Western side of C&W and a touch of glam and disco. “For a lot of the record, we were going for a ‘70s AM radio vibe,” says Osborne. As for the lyrics, the songs “are the most political I’ve ever written,” she conveys of her first album of originals since 2014’s confessional Love and Hate. Osborne also produced Trouble and Strife, primarily recorded in her basement studio in Brooklyn and released on the label she founded in 1991, Womanly Hips.