RAICES and the Fight for Transgender Asylum Seekers 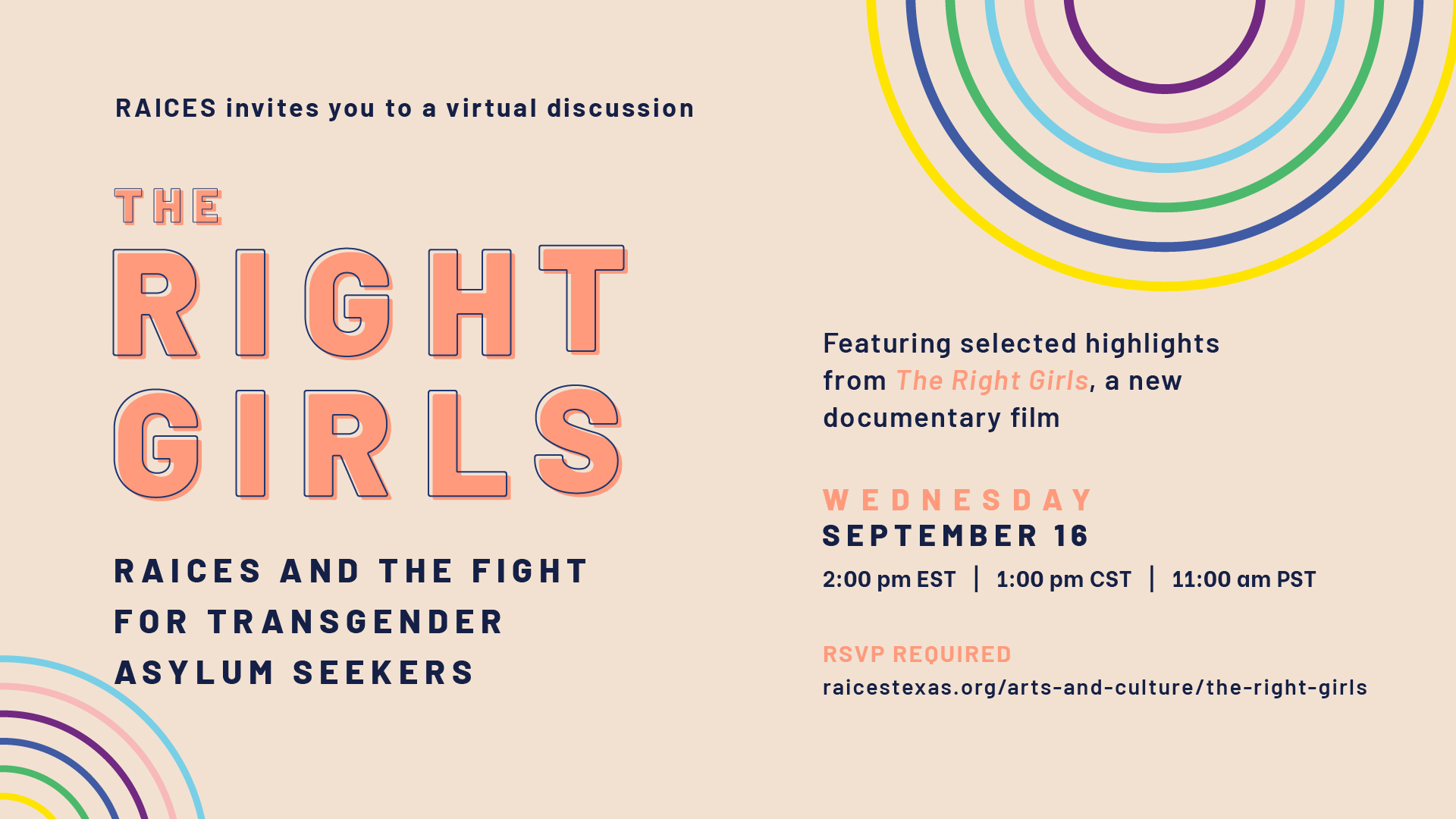 Bethany Gonzales, RAICES Case Manager
Bethany was born and raised in New Braunfels, Texas, and has also lived in Mexico. Her passion in serving and advocating for the immigrant population began early on as the granddaughter and daughter of pastors of a bilingual church, which primarily comprised of underserved individuals, including the undocumented population. She has served in medical and dental mission work in Mexico and El Salvador. This led her into service and advocacy against domestic violence, human trafficking, sexual assault, as well as the trauma that accompany this type of violence. In her work, she has maintained a focus on the immigrant populations and the unique barriers they face in their home countries and in the United States. Bethany has worked for RAICES as a Case Manager assisting both the undocumented and refugee population. Bethany oversaw a temporary shelter with Cristian Sánchez, which housed and advocated for trans women who were part of La Comunidad, and who had been released from the South Texas Detention Complex also known as Pearsall. Here, the residents had a place to call home, in-house case management, as well as assistance in finding long term shelter. Currently, Bethany is leading the development of the RAICES Community and Donation Center; a place in which they strive to be a safe and empowering haven for all clients. The Community and Donation Center will provide advocacy, a variety of classes, and access to in-kind goods that will be accessible to all RAICES clients.

Cristian Sánchez, RAICES Staff Attorney
Cristian was born and raised in the Rio Grande Valley. He is a graduate of University of Texas School of Law. During law school he worked at the ACLU of Southern California’s Immigrants’ Rights Project. He also led a pro bono program that assisted transgender people in correcting their names and gender markers on their identity documents. Cristian now works at RAICES as a staff attorney primarily representing immigrants who are detained and facing deportation. His focus is assisting LGBTQ+ asylum seekers, and recently represented and assisted a group of trans women detained in a “trans pod” at South Texas Detention Complex. Recently, he ran an emergency shelter in Tijuana for a self-formed group of LGBTQ+ asylum seekers that were part of the immigrant caravan.

Timothy Wolfer, Wolfer Productions Producer / Director
For over ten years Timothy Wolfer has been producing documentaries about humanitarian aid, international development, and migration. His work has taken him to 40+ countries; places like South Sudan to tell stories of the conflict, Bangladesh to cover stories of the Rohingya fleeing Myanmar, and Cuba as the country opened up to the first U.S. humanitarian assistance. Wolfer filmed and produced the feature film “Adopting Haiti,” shot days after the 2010 earthquake; distributed though hulu.com. He has also produced numerous, short docs for PBS stations, winning him a regional Emmy.

ABOUT THE RIGHT GIRLS
On a quest to find acceptance and safety: Three Transgender women decide to join the migrant caravan. At the peak of the 2018 migrant caravan, there were roughly 7,200 people attempting to walk thousands of miles to the American border. Among those making the journey was a small group of trans women. These women, strangers at the outset, formed a community along the way to keep each other safe. The Right Girls is a film that tells the story of three such women.

Valentyna, Joanne, and Chantal met at the southern tip of Mexico and made the 2,400-mile journey the rest of the way together. Fleeing extortion, discrimination, and abusive relationships in their home countries, the women endure hardship after hardship as they slowly make their way to the US—never losing sight of their dream of acceptance and opportunity.

Director Timothy Wolfer met the girls in Southern Mexico and traveled alongside them to Mexico City, on to Tijuana and eventually to a remote dusty border post where each girl, an anxiety-filled six weeks later, requested asylum. Learn more and watch the trailer here.