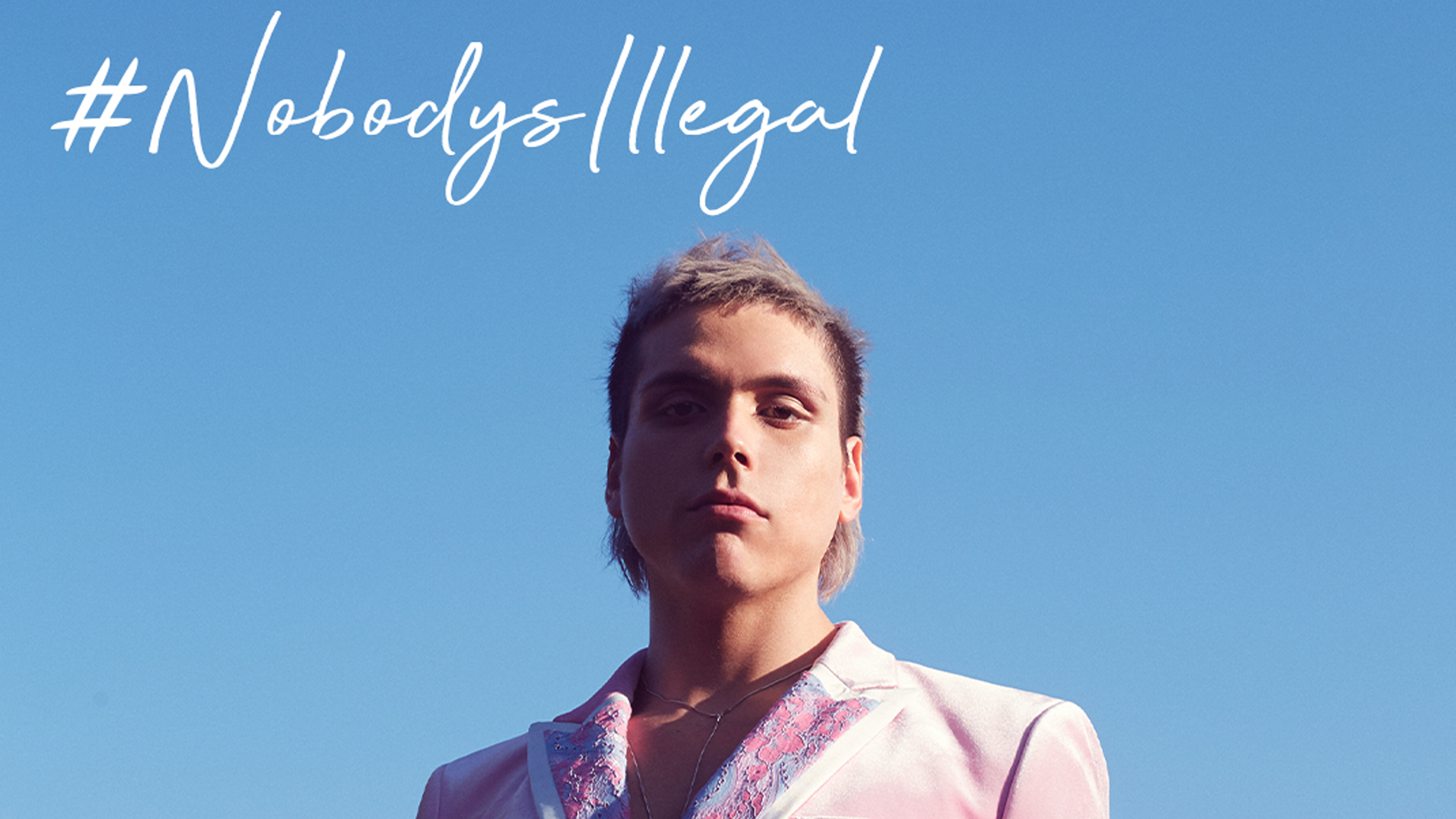 Watch Learn More
The song “Nobody’s Illegal” amplifies a message of dignity and respect for undocumented people, immigrants and refugees of all backgrounds who are currently in distress around the world and in detention centers. The “Nobody’s Illegal” campaign is working closely with a network of non-profit organizations, influencers and activists to mobilize voices and action that support humane treatment for immigrants and refugees. Take action at nobodysillegal.com.

“I wrote Nobody’s Illegal with my friend Danny Murcia, based on my experience being undocumented in the US. I felt the need to release this as my first single because this song means a lot to me and I did it too as a form of therapy and healing for myself. I also wanted to make undocumented people feel heard. As a former undocumented person, I lived in constant fear at all times. I was very careful to not make any mistakes or get in any kind of trouble so I wouldn’t get deported. Now a permanent resident of the United States of America, I am no longer afraid. I wanna shine a light on an issue that affected me in the past, but is still the day to day reality of millions of people in the US.”
– Tito Rey
Tito Rey
TitoRey.com
Born and raised in Quilpué, Chile, Tito Rey is a LA-based bilingual Pop and R&B singer-songwriter whose story speaks of resilience. As a kid, Tito found inspiration through American powerhouse singers like Whitney Houston, Brian McKnight, and Mariah Carey, and at just 14 years of age, he gained national notoriety, winning his first singing Chilean TV show, “Rojo Fama Contrafama.” At 19 years old, he was discovered by Jennifer Lopez, competing in her Latin U.S. TV show, “Q’Viva! The Chosen.” After the show, Tito tried extending his visa in the U.S. legally, however, he became undocumented for 7 years, before becoming a legal U.S. resident in 2019. Tito Rey’s first single, “Nobody’s Illegal”, is a personal, heartfelt anthem for human dignity. His words are a timely reminder as to what so many undocumented immigrants are facing in the world today.