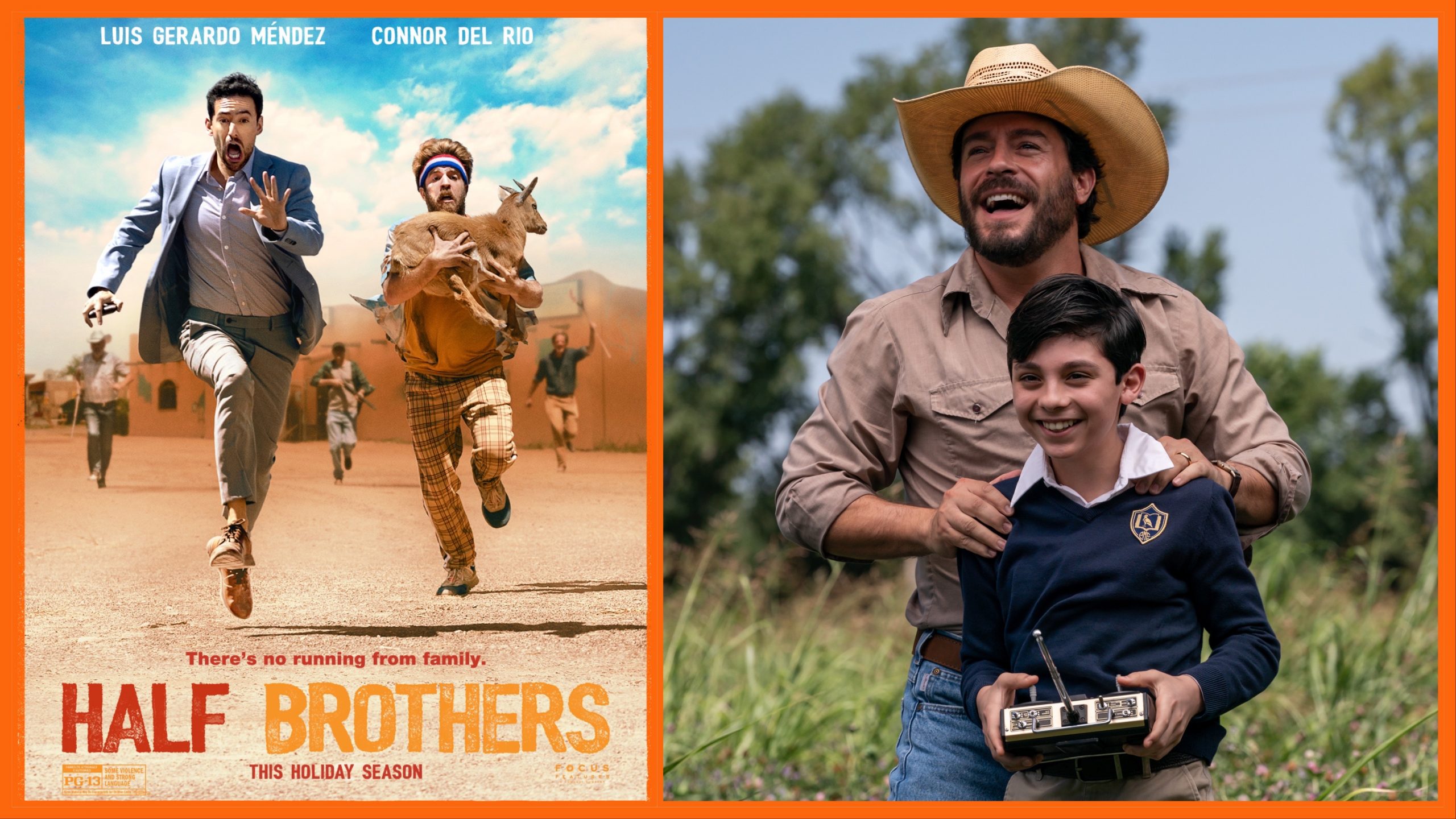 Half Brothers and the Many Forms of Family Separation

Register to screen this new comedy feature film about empathy, family, and immigration, including an exclusive conversation with the writer and producer.

RAICES collaborated with Focus Features to offer our community leaders and supporters unique complimentary access to stream Half Brothers, a new comedy feature film about Renato and Asher, two very different half brothers who are forced on a road trip together masterminded by their ailing father, tracing the path he took as an immigrant from Mexico to the United States. Both funny and heartwarming, this film is a story about empathy, family, and immigration.

Following the film, RAICES hosted a conversation about Half Brothers and the many forms of family separation led by Ana Maria Rea-Ventre, Vice President of Advocacy, RAICES with Eduardo Cisneros, Writer and Producer, Half Brothers.

Ana Maria Rea-Ventre, Associate Vice President of Advocacy, RAICES
Ana Maria was born and raised in Mexico City until the age of 10. In 1998, she and her family migrated to Texas. She served two consecutive years in AmeriCorps NCCC as a Team Leader where she led various AmeriCorps teams in disaster relief rebuilding and environmental projects. Ana Maria completed a B.A. in International Relations at Austin College in Sherman, TX. Her passion and interest in immigration policy led her to complete programs in Comparative International Law and Policy in Washington D.C. at George Mason University and American University. While in D.C. Ana Maria also gained professional experience in Latinx focused policy issues while working with the Congressional Hispanic Leadership Institute and political consulting firm, Solidarity Strategies. After S.B. 4 was enacted, Ana Maria returned to Texas to dedicate herself to immigration issues affecting communities in the state she calls home.

Eduardo Cisneros, Writer and Producer, Half Brothers
Eduardo Cisneros is a screenwriter and producer who co-wrote and co-produced the #1 Spanish-language film of all time in the U.S., Instructions Not Included, directed by and starring Eugenio Derbez. Signed to a multi-picture deal at Fox Studios, Mr. Cisneros was also a founding creative partner at 3Pas Studios. He has been part of the core creative teams behind three more hits reteaming him with Mr. Derbez: Ken Marino’s How to be a Latin Lover, Rob Greenberg’s Overboard, and James Bobin’s Dora and the Lost City of Gold. With his writing and producing partner Jason Shuman, his newest feature projects are Focus Features’ Half Brothers, directed by Luke Greenfield; and the Sony comedy War of Likes, directed by Maria Ripoll. In pre-production with Mr. Shuman are the comedy Flamingo Thief, reuniting Randall Park and Ken Jeong, directed by John Lee; and the drama To Leslie, starring Andrea Riseborough and Allison Janney for director Michael Morris. His career started at a young age in his native Mexico, where he would go on to co-create two of the most successful Spanish-language television comedy shows of recent years: XHDRBZ and Familia P. Luche. Among his other feature producing credits is Ali LeRoi’s drama The Obituary of Tunde Johnson, which won the Audience Award for Best Debut Feature at L.A, Outfest. Born and raised in Monterrey, Mexico and a graduate of Tecnologico de Monterrey. Mr. Cisneros is on the advisory board of the Los Angeles Academy of Arts and Enterprise (LAAAE); and is a founding member of Clubhouse Latinx, the LGBTQIA+ Latinx film and television writers organization.

Renato, a successful Mexican aviation executive, is shocked to discover he has an American half brother he never knew about, the free-spirited Asher. The two very different half brothers are forced on a road journey together masterminded by their ailing father, tracing the path their father took as an immigrant from Mexico to the United States. While the film was in production in 2019, RAICES consulted on the project by offering insight and expertise into the challenges of immigration and the realities of detention.
Running time: 96 minutes