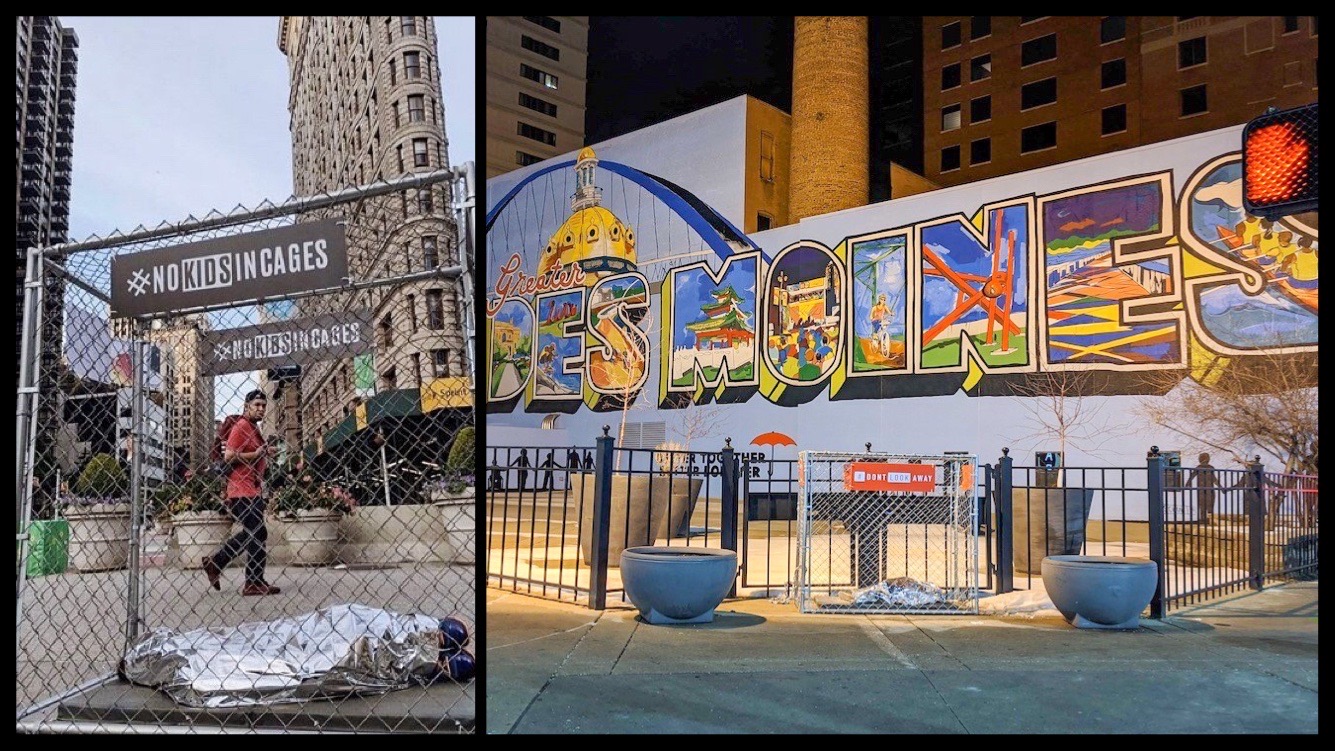 Watch Learn More
Over the summer of 2019, RAICES, in collaboration with advertising agency Badger & Winters and Fenton Communications, launched #NoKidsInCages, a public art activism project across New York City to call attention to the treatment of children at our border, and to urge people to pressure their representatives to pass the Keep Families Together Act (H.R. 541). In the early morning hours of June 12, guerilla marketing teams were deployed to install life-size cages, with models of children sleeping in them, in 24 different locations throughout the city designed to maximize attention. Locations included the fronts of the NY Times and Fox News buildings, city landmarks, and highly trafficked areas in multiple boroughs. The installations provided a multi-sensory experience, featuring real audio of conversations and sounds that take place in the border detention centers. The #NoKidsInCages campaign resulted in hundreds of media hits, 89,792,093 total social media reach, and support from a vast number of influencers vocal about the cause including Beto O’Rourke, Sarah Silverman, Alyssa Milano, and Rosie O’Donnell.

On February 3, 2020 RAICES collaborated with Badger & Winters once again to replicate the action in Iowa at the height of the most anticipated caucus in modern history. Together we installed cages throughout Des Moines as caucus-goers arrived at sites in the city to choose their Democratic candidate for president. We put up more than a dozen chain-link cages in the city, placing them outside media offices and other prominent places in the city, including city hall. Each cage included a #DontLookAway sign urging passersby to confront the human rights abuses committed on their watch and to demand that every political leader support the Migrant Justice Platform, a pledge to halt all deportations, decriminalize immigration, end detention, and demilitarize our border.

“The purpose of these cages was for people to confront the actual horrible desperation that is happening at our border. For them to see a child in a cage and to hear the sounds of their screaming and their crying wanting nothing more than their mothers and fathers to come and rescue them. It was incredible to see people who had fallen silent suddenly erupt back into conversation. In the few hours following the installations, you can’t imagine how many requests we got from different cities all over the United States asking us to bring our cage to them. That’s why I believe sharing is an act of protest. And this is where we can all rise up against innocent children being ripped from their parents’ arms. What has been happening at our borders is inhumane and against domestic and international law. There is no justification for harming the ones among us who are most in need of love and protection.”
– Madonna Badger, Founder and Chief Creative Officer at Badger & Winters

“The horrors at our border and throughout our immigration system are too often ignored by the public and politicians. We’re asking people in Iowa and across the country: Don’t look away from the terrors enacted in your name. Don’t look away from the kids in cages, the asylum-seekers turned back at our border, the deportation raids destroying communities across the country. This anti-immigrant crackdown has to end.”
– Erika Andiola, Chief Advocacy Officer at RAICES

We invite you to launch your own #DontLookAway / #NoKidsInCages installation with our DIY Toolkit: 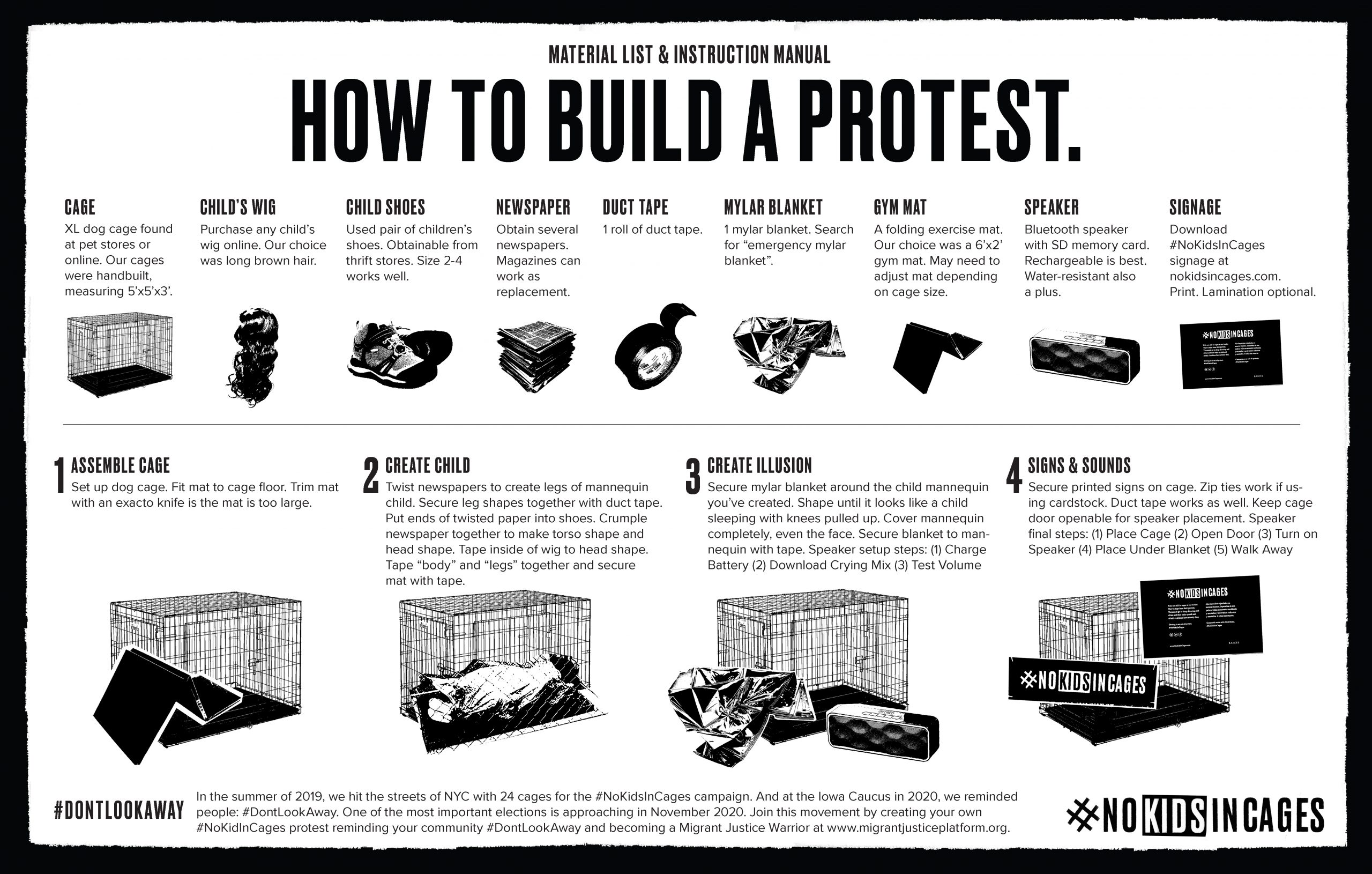