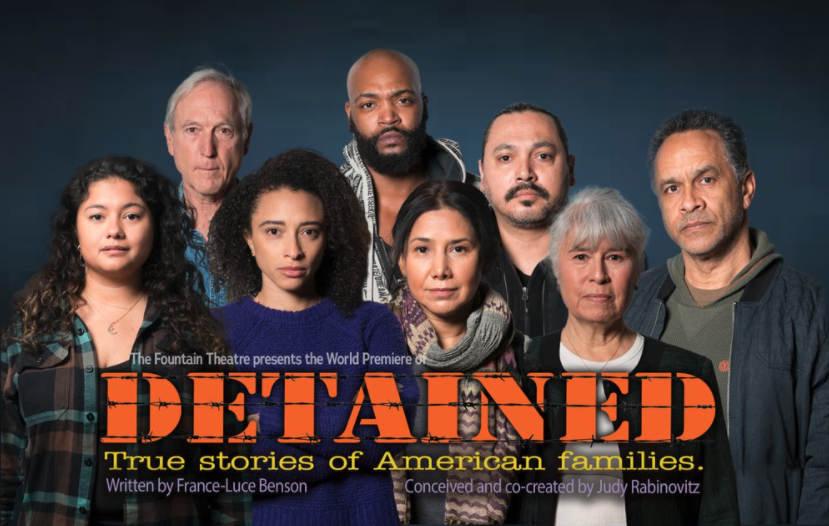 Watch Learn More
The Fountain Theatre is offering RAICES community members special access to the world premiere of Detained, a new docudrama that explores the rippling impact of mass deportations on families through a compilation of true stories. The play is written by 2021 Lorraine Hansberry Award-winning playwright France-Luce Benson, conceived and co-created by immigration attorney Judy Rabinovitz, and directed by Mark Valdez, winner of the 2021 Zelda Fichandler Award.

Use the code RAICES to access $20 discount tickets to any performance through the run of the show closing on April 10, 2022. Click here to purchase tickets.

Join us on April 3, 2022 for “Immigration Detention Today: What We Can Do,” a free community event and public call to action offered in conjunction with the production focusing on the current detention/deportation crisis facing immigrants and their families across the country. The event features spokespersons from multiple organizations fighting for immigrants’ rights including RAICES Community Organizer Sindy Mata, representatives from local government, and a special performance by Richard Montoya of Chicano/Latino performance troupe Culture Clash. 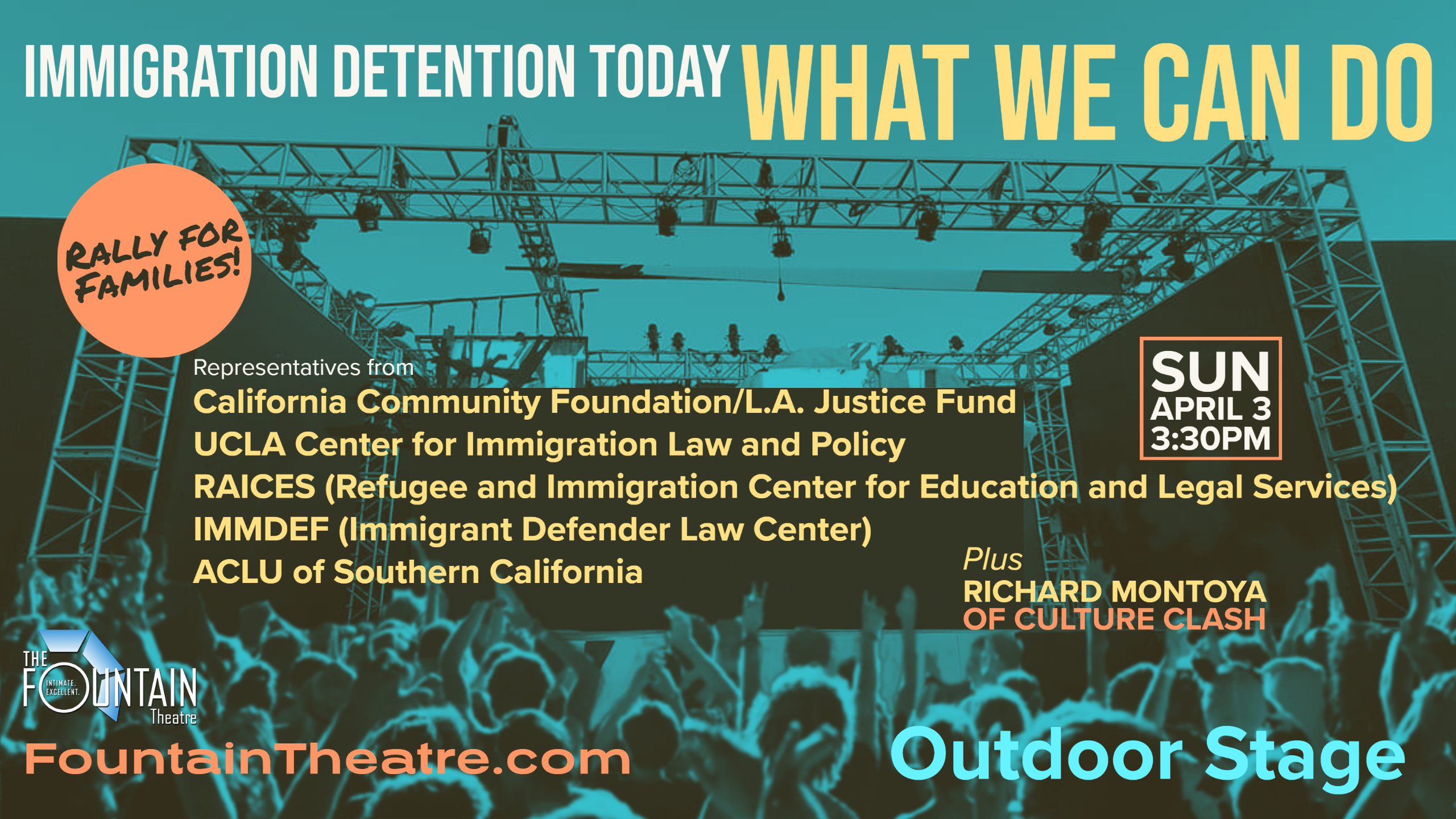 ABOUT DETAINED
Originally commissioned by Judy Rabinovitz, special counsel for the ACLU Immigrants’ Rights Project, Detained is based on interviews with longtime U.S. residents held in immigration detention, and with their family members, advocates, attorneys and representatives of ICE. Inspired by their stories, Detained explores how families fight to stay together as increasingly cruel U.S. immigration legislation keeps them apart through mass deportations and immigration detention centers. It offers a heart-wrenching and in-depth look at the human lives behind the policies, and celebrates the strength and determination of the ordinary people who must fight against an unjust system while keeping their hope and faith in humanity intact. “All of the stories in this play are true, and they are heartbreaking,” says Haitian-American playwright and television writer France-Luce Benson. “The more people I met, the more time I spent with them, the more important it became to tell their stories. When you go through trauma, you want to be seen, to be given a voice. My own family immigrated to America in the 1970s, and my father received a humanitarian award for the work he did at Krome Detention Center in the ’80s and ’90s. This is his story too, and a way for me to honor the sacrifices he made for us.”