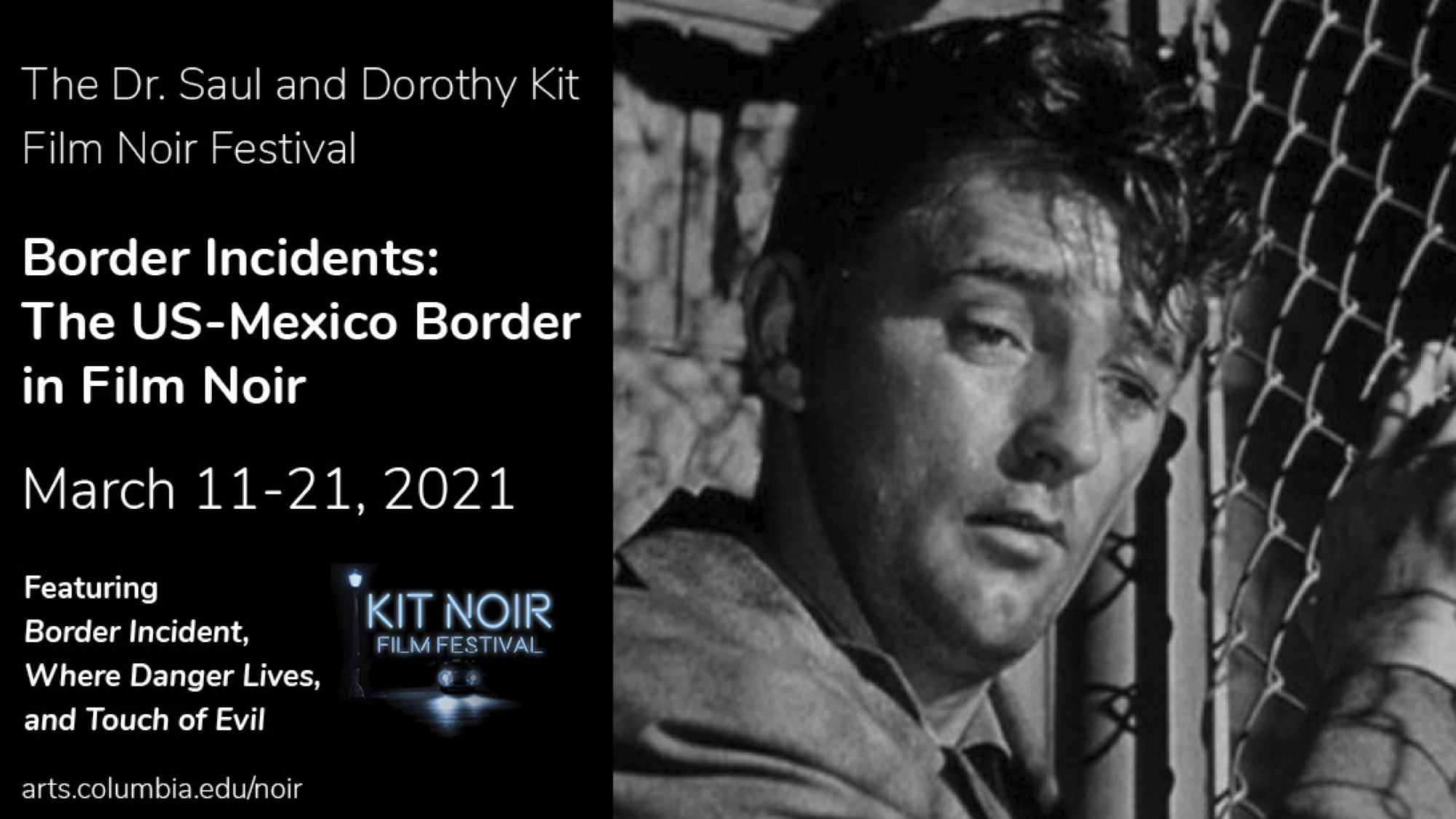 Join RAICES for a roundtable discussion at The Dr. Saul and Dorothy Kit Film Noir Festival

Learn More
Former RAICES CEO / President Jonathan Ryan participated in a roundtable discussion as part of The Dr. Saul and Dorothy Kit Film Noir Festival hosted annually at Columbia University. The discussion explores issues related to film noir and the U.S.-Mexican border as witnessed in three films: Border Incident (1949), Where Danger Lives (1950), and Touch of Evil (1958). All films were available to stream for free as part of the festival (details below). 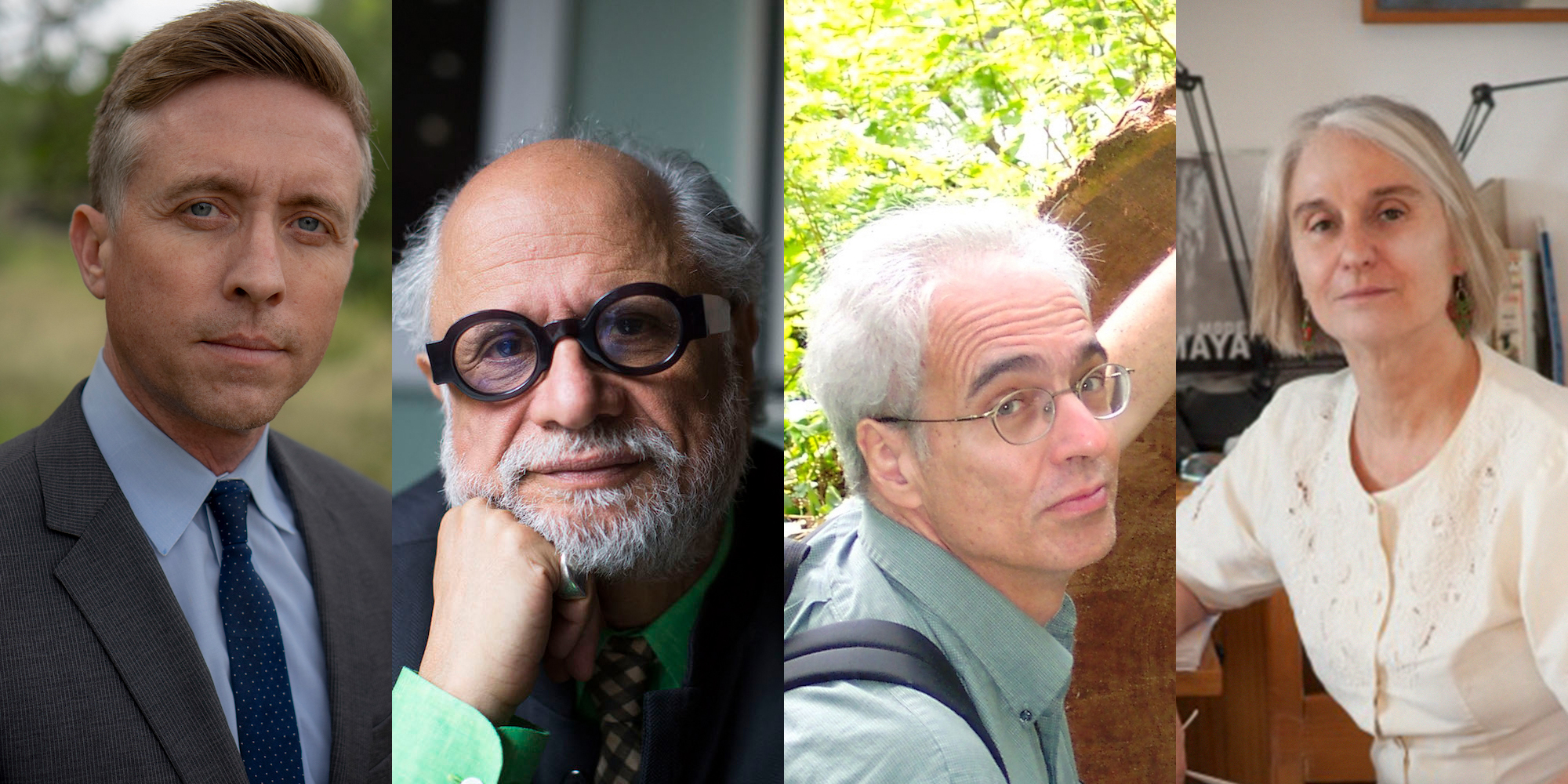 Jonathan Ryan, former CEO / President, RAICES
Jonathan Ryan led the Refugee and Immigrant Center for Education and Legal Services (RAICES) from 2008-2021. RAICES provides free and low-cost legal services to underserved immigrant children, families and refugees in Central and South Texas. Previously, he worked as a staff attorney at American Gateways where he helped to establish the Legal Orientation Program for adults in DHS detention. Jonathan received his B.A. from Columbia College in New York and is a graduate of the University of Texas School of Law.

Homi K. Bhabha, Anne F. Rothenberg Professor of the Humanities, Harvard University
Homi K. Bhabha is the Anne F. Rothenberg Professor of the Humanities in the English and Comparative Literature Departments at Harvard University. He is the author of numerous works exploring postcolonial theory, cultural change and power, contemporary art, and cosmopolitanism. His books include Nation and Narration (1990) and The Location of Culture (1994), which was reprinted as a Routledge Classic in 2004. He is a member of the Academic Committee for the Shanghai Power Station of Art, advisor on the Contemporary and Modern Art Perspectives (CMAP) project at the Museum of Modern Art New York, and Curator in Residence of the Boston Museum of Fine Arts. He also holds honorary degrees from Université Paris 8, University College London, and the Free University Berlin.

Jonathan Auerbach, Emeritus Professor of English, University of Maryland
Jonathan Auerbach is Emeritus Professor of English and Distinguished Scholar-Teacher at the University of Maryland. In addition to publishing a variety of articles on American literature and film, and editing numerous volumes, he is the author of five books: Weapons of Democracy: Propaganda, Progressivism, and American Public Opinion (Johns Hopkins, 2015); Dark Borders: Film Noir and American Citizenship (Duke, 2011); Body Shots: Early Cinema’s Incarnations (California, 2007); Male Call: Becoming Jack London (Duke, 1996); and The Romance of Failure: First-Person Fictions of Poe, Hawthorne, and James (Oxford, 1989). He has been a Fulbright scholar in Hungary, Portugal, Cyprus, and Tunisia.

Margarita de Orellana, Editor, Artes de México
Margarita de Orellana has been editor of the journal Artes de México for thirty-three years. She received her Ph.D. in Contemporary and Comparative History in the École des Hautes Études en Sciences Sociales in Paris. Her books include Imágenes del pasado: El cine y la historia (1985), Filming Pancho Villa: How Hollywood Shaped the Mexican Revolution (1991; English translation, 2009), and La mano artisanel (2002), among others. She has also worked as a historical consultant on films and a scriptwriter for a series of documentaries on the Mexican Revolution.

Rob King, Professor of Film, Columbia University (moderator) Rob King is a professor of Film and Media Studies at Columbia University and the programmer of the Dr. Saul and Dorothy Kit Film Noir Festival. He is the author of Hokum! The Early Sound Slapstick Short and Depression-Era Mass Culture (2017) and the award-winning The Fun Factory: The Keystone Film Company and the Emergence of Mass Culture (2009). He is currently working on a critical study of the career of Radley Metzger. 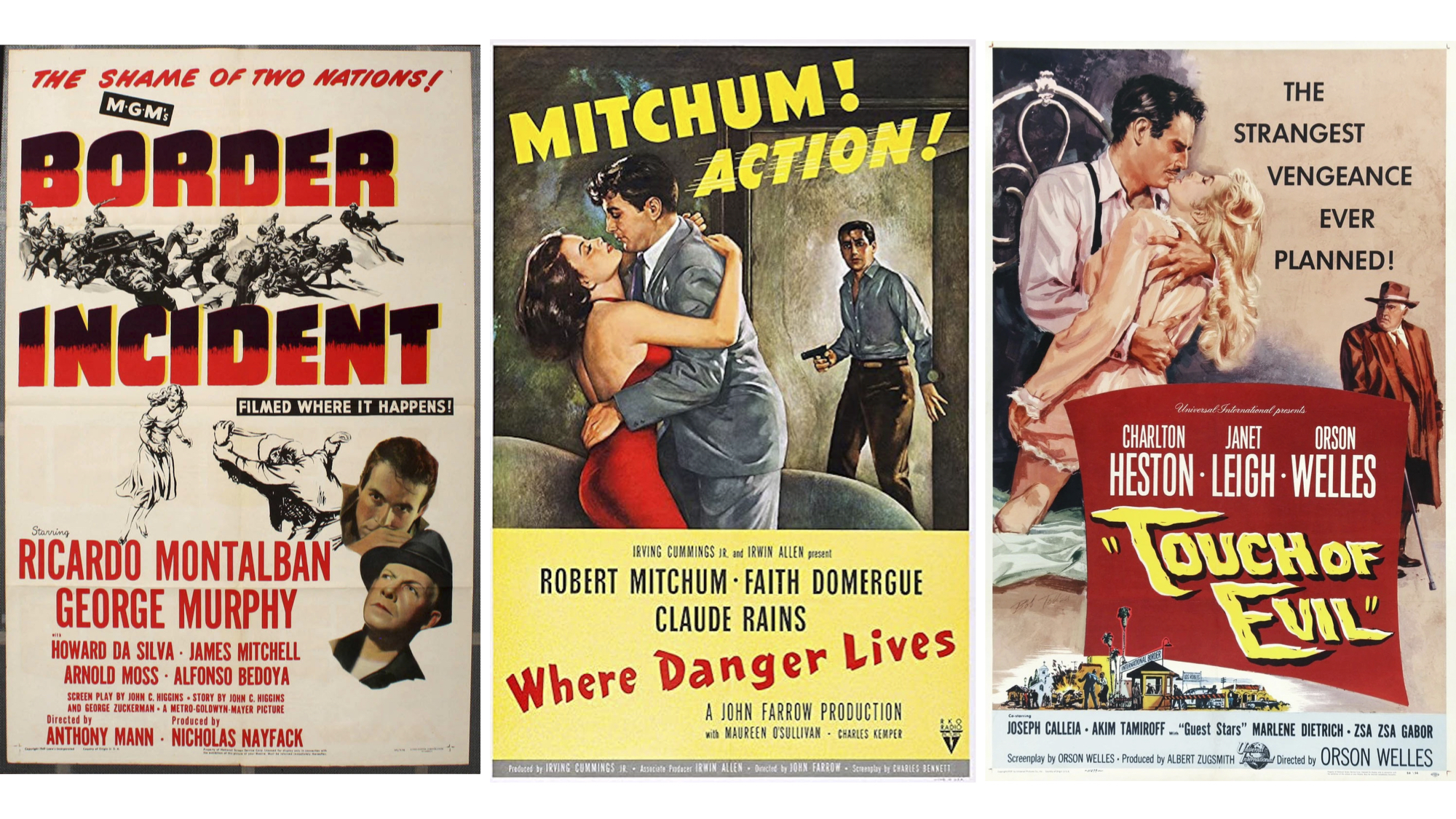 The border has long been both a third rail in American politics and a recurrent setting in crime fiction. It is a place where goods entering the US can become “contraband” and the citizens of neighboring states “undocumented immigrants.” Yet the border is also a zone where domestic crime seeks its own escape, evading the arm of US law to find safe haven. The border has in this way functioned in American popular culture as a shadow zone where categories of legality and illegality are constructed and reconstructed; a place, one might imagine, ripe for noir. Click here to read the in-depth festival introduction. Festival films will include introductions by Columbia University School of the Arts professors James Schamus and Annette Insdorf.