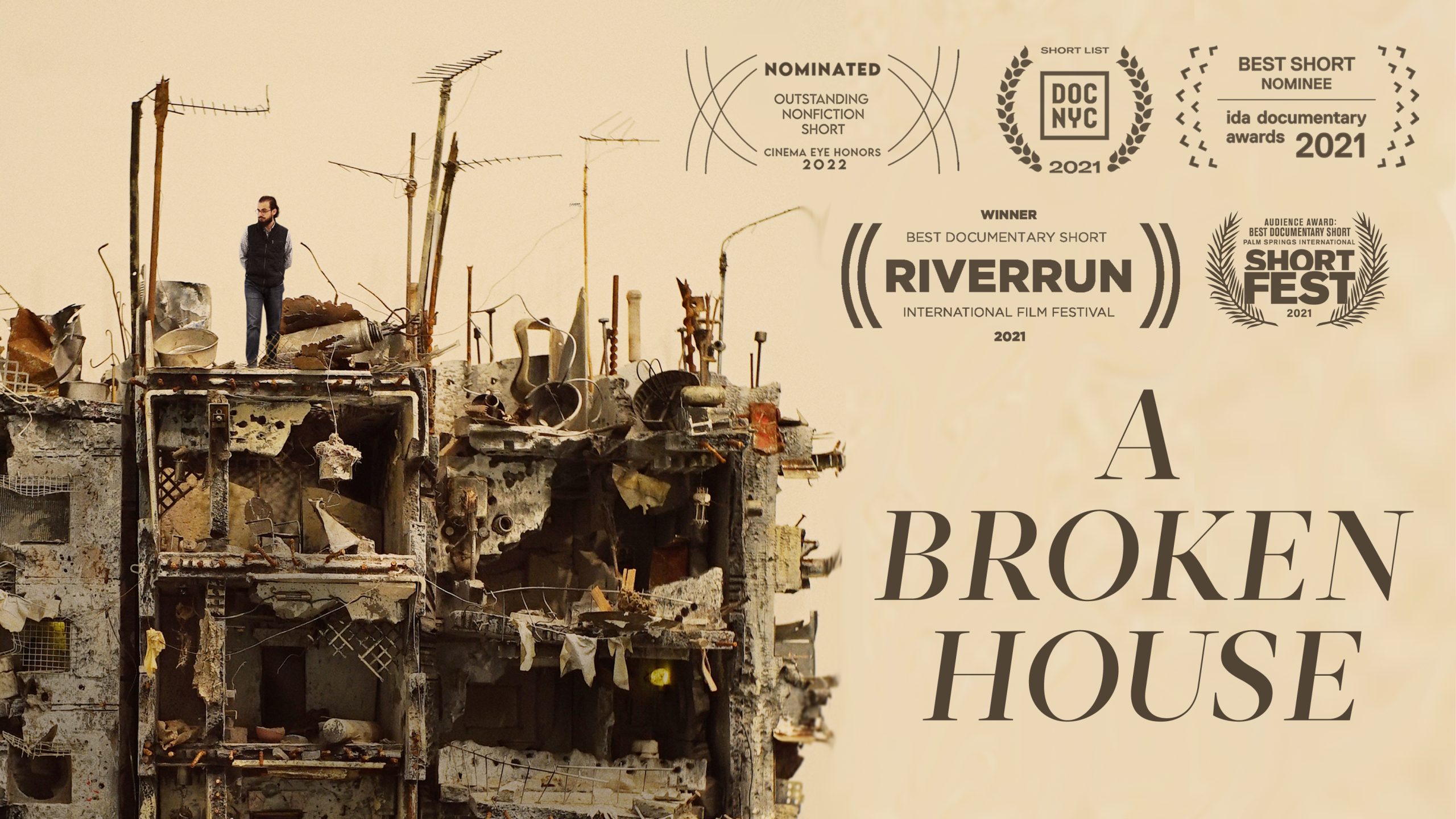 Watch Learn More
In a new award-winning documentary short, filmmaker Jimmy Goldblum profiles artist and architect Mohamad Hafez, a Syrian refugee who turns to sculpting life-like miniatures of Damascus to recreate the home he was forced to leave behind. A Broken House is a story of love, loss, and creating pathways home. The film, as well as a special recent conversation with Jimmy, Mohamad, and Mayra Jimenez, RAICES Chief Programs Officer, moderated by Faisal Al-Juburi, RAICES Associate Vice President of Philanthropy, are available for you to watch here:

When Mohamad Hafez received a single-entry visa to study architecture in the United States, he realized if he couldn’t return home to Syria, he could make home. A skilled architectural model-maker, he spent his years in exile sculpting life-like renditions of his Damascus neighborhood. When the civil war broke out and his parents fled to the United States as refugees, Mohamad’s bottled-up frustration erupted on his models. In a fit of mania, he broke his artworks, leaving them shattered, bombed-out replicas of the Syrian buildings he saw on the news. And yet, when word of his broken pieces spread, Mohamad became an inspiration to refugees and immigrants in the diaspora who dreamed of homes that only existed in memories. A Broken House is a film about loss and love, responsibility and identity – about homesickness for the places to which we can no longer return. 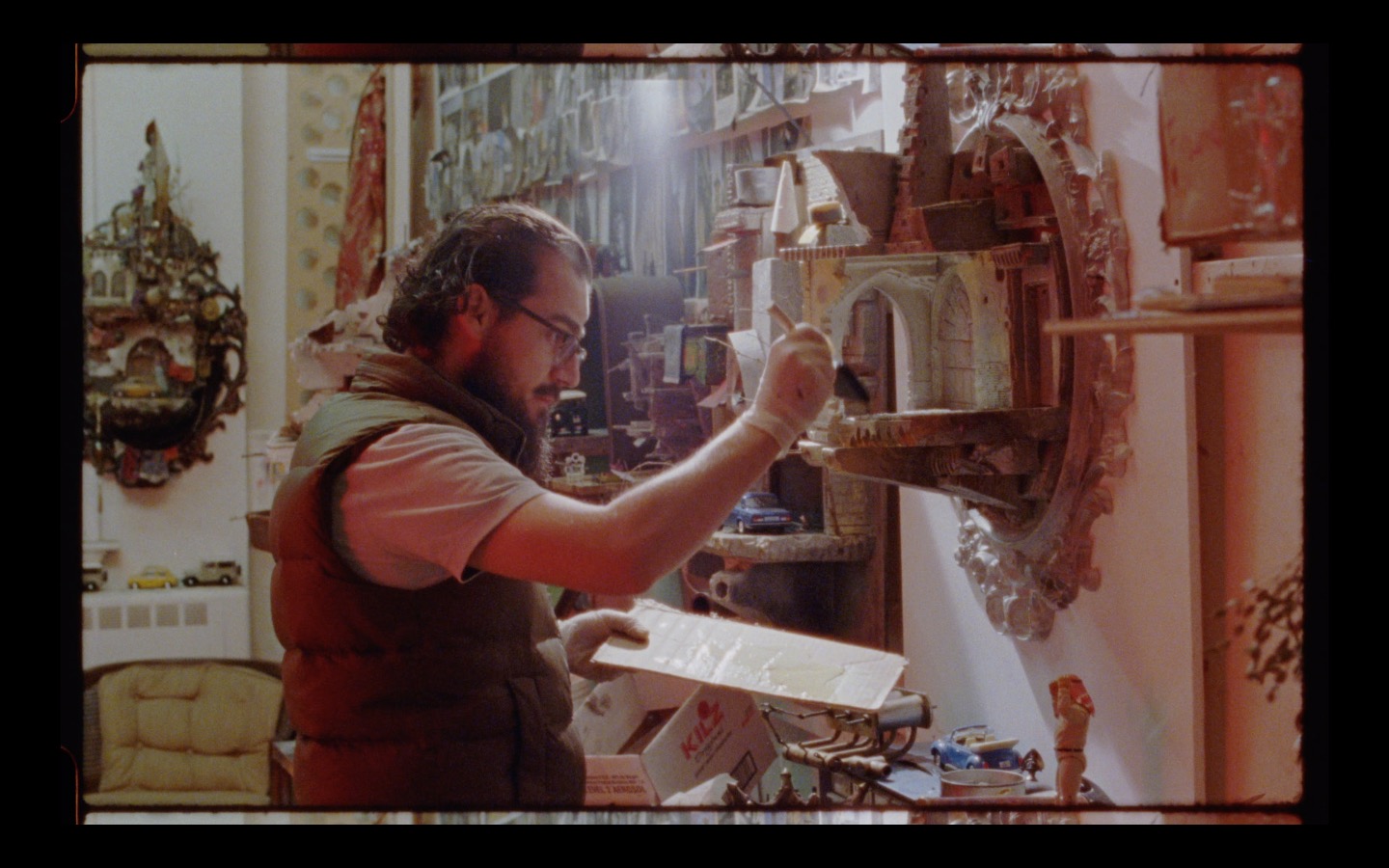 JIMMY GOLDBLUM
Jimmy Goldblum (Director and Producer) is an Emmy Award-winning director and Executive Producer based in Los Angeles, CA. Jimmy directs the critically acclaimed documentary series, Chef’s Table for Netflix (IDA Winner – “Best Documentary Series”) and HOME for Apple+. Jimmy recently directed the pilot and set the look of Unsolved Mysteries, the reimagining of the 80s cult series; it’s produced by 21 Laps (“Stranger Things”) and is the first non-fiction series for Netflix Studios. Unsolved spent its first 10 days on Netflix as the most watched series in the world. Previously, Jimmy directed and produced Tomorrow We Disappear, a feature documentary about India’s last colony of magicians, acrobats, and puppeteers. It premiered in competition at the Tribeca Film Festival, and IndieWire listed it as one of the “20 Best Documentaries of 2014.” Jimmy’s interactive documentary for the Pulitzer Center, Live Hope Love, a poetic exploration of the HIV crisis in the Caribbean, won an Emmy for “New Approaches to Documentary” and a Webby for “Best Art Website.”

MOHAMAD HAFEZ
A Syrian-American artist and architect, Mohamad Hafez was born in Damascus, raised in the Kingdom of Saudi Arabia, and educated in the Midwestern United States. Expressing the juxtaposition of East and West within him, Hafez’s art reflects the political turmoil in the Middle East through the compilation of found objects, paint and scrap metal. Using his architectural skills, Hafez creates surrealistic Middle Eastern streetscapes that are architectural in their appearance yet politically charged in their content. Responding to the atrocities of the Syrian war, Hafez’s recent work depicts cities besieged by the civil war to capture the magnitude of the devastation and to expose the fragility of human life. However, in contrast to the violence of war, his art imbues a subtle hopefulness through its deliberate incorporation of verses from the Holy Quran. At the core of Hafez’s work, the verses offer a distinct contrast between the stark pessimistic reality of destruction and the optimistic hope for a bright future. Scenes reiterate narratives from the Qur’an to affirm that, even during the darkest of times, patience is necessary for the blossoming of life and that, eventually, justice will prevail.

His artwork has recently been featured in several highly acclaimed exhibitions and profiled on National Public Radio, The New York Times, The Guardian, and The New Yorker. Hafez is the recipient of a 2018 Connecticut Arts Hero Award for his extensive and continuous body of work on issues such as the Syrian civil war, the worldwide refugee crisis, and an overall desire to counter hate speech. He currently serves as a 2018 Yale University Silliman College Fellow, Interpreter in Residence at U-Chicago Oriental Institute, and artist-in-residence at the Keller Center of Harris School of Public Policy, University of Chicago. In 2019, he was selected as one of the 40 under 40 artists in the Middle East by London’s Apollo Magazine.

MAYRA JIMENEZ
Mayra Jimenez was appointed to the position of Chief Programs Officer at RAICES following a distinguished tenure as Vice President of Legal Services, including affirmative, defensive, and litigation work within Immigration Law. She was formerly the Children’s Program Director at RAICES, running the organization’s largest legal program encompassing legal services for both detained and released unaccompanied children throughout Texas. She has represented children and adults before the Immigration Court, various local county courts, U.S. Citizenship and Immigration Services (USCIS), and the Administrative Appeals Office (AAO).