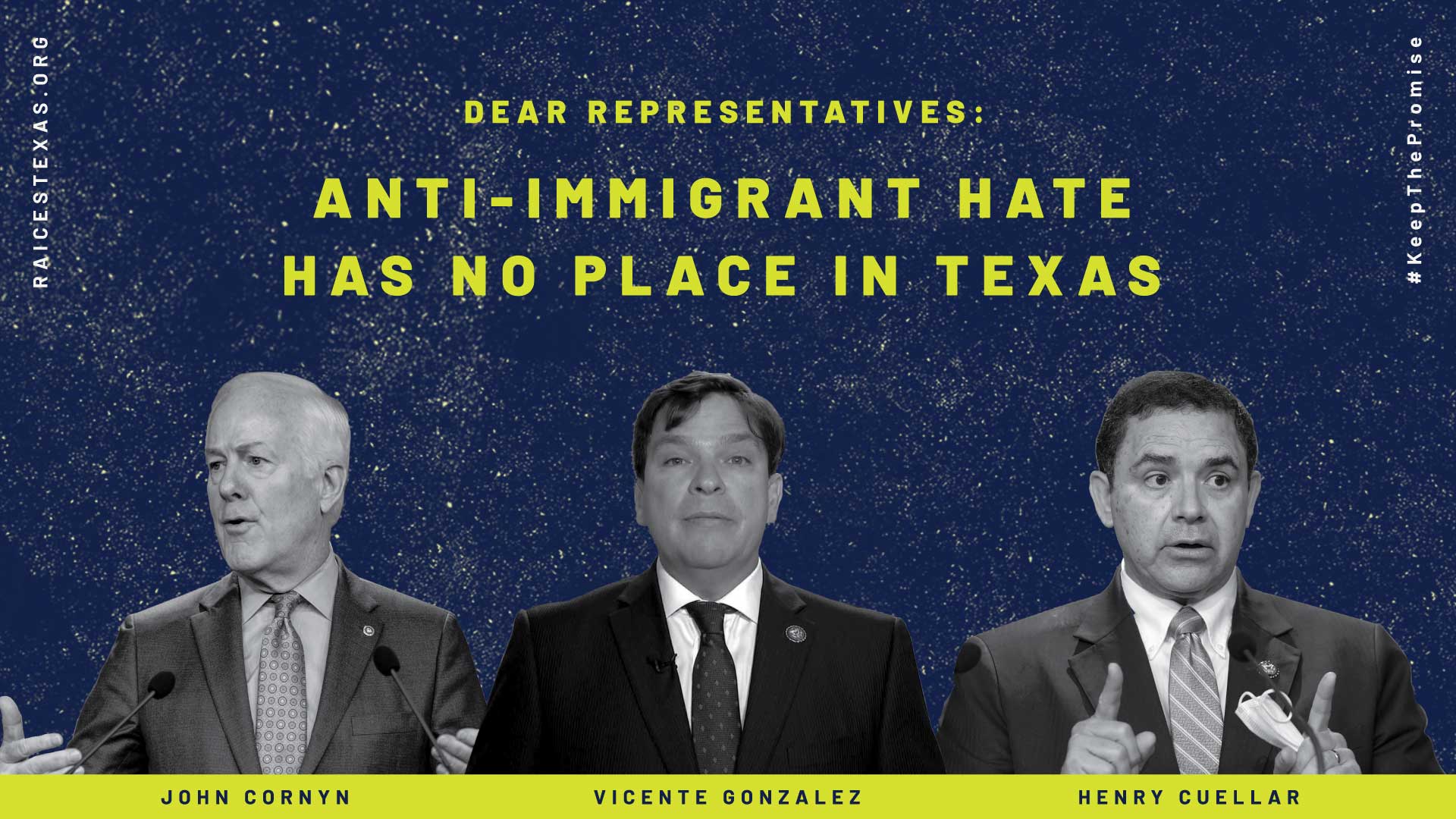 Texas lawmakers are falsely leveraging border security and the safety of its residents to extend and codify Title 42, Stephen Miller’s sham public health order that two administrations have used to expel thousands of Black and Brown asylum seekers. We can’t sit back and let this happen.

U.S. Democratic Representatives Vicente Gonzalez and Henry Cuellar, alongside Republican Senator John Cornyn are leading a bipartisan Texas Congressional delegation to oppose President Biden and the Center for Disease Control’s mandate to lift Title 42. Championing this “Stephen Miller Bill” package in the lead up to the November midterms is a blatant attempt at currying favor from anti-immigrant Trump voters for political gain. That is cruel and unacceptable.

Speak out now to show Sen. Cornyn and Reps. Gonzalez and Cuellar that thousands of Texans are ready to welcome immigrants to our communities, and we expect them to do everything in their power to end Title 42.