I’m contacting you to urge you to release RAICES client, Jacob, who is currently detained at the Prairieland Detention Facility.

Jacob is a husband and father who has been in the U.S. for six years. Jacob filed for asylum, which was denied by an immigration judge. He is currently appealing this unjust ruling. Jacob suffers from high blood pressure and deserves to get proper medical attention outside of detention. ICE has the power to release him.

We ask with urgency that you release him immediately from detention while he appeals his case, so that he can get proper medical attention, and reunite with his family and community. 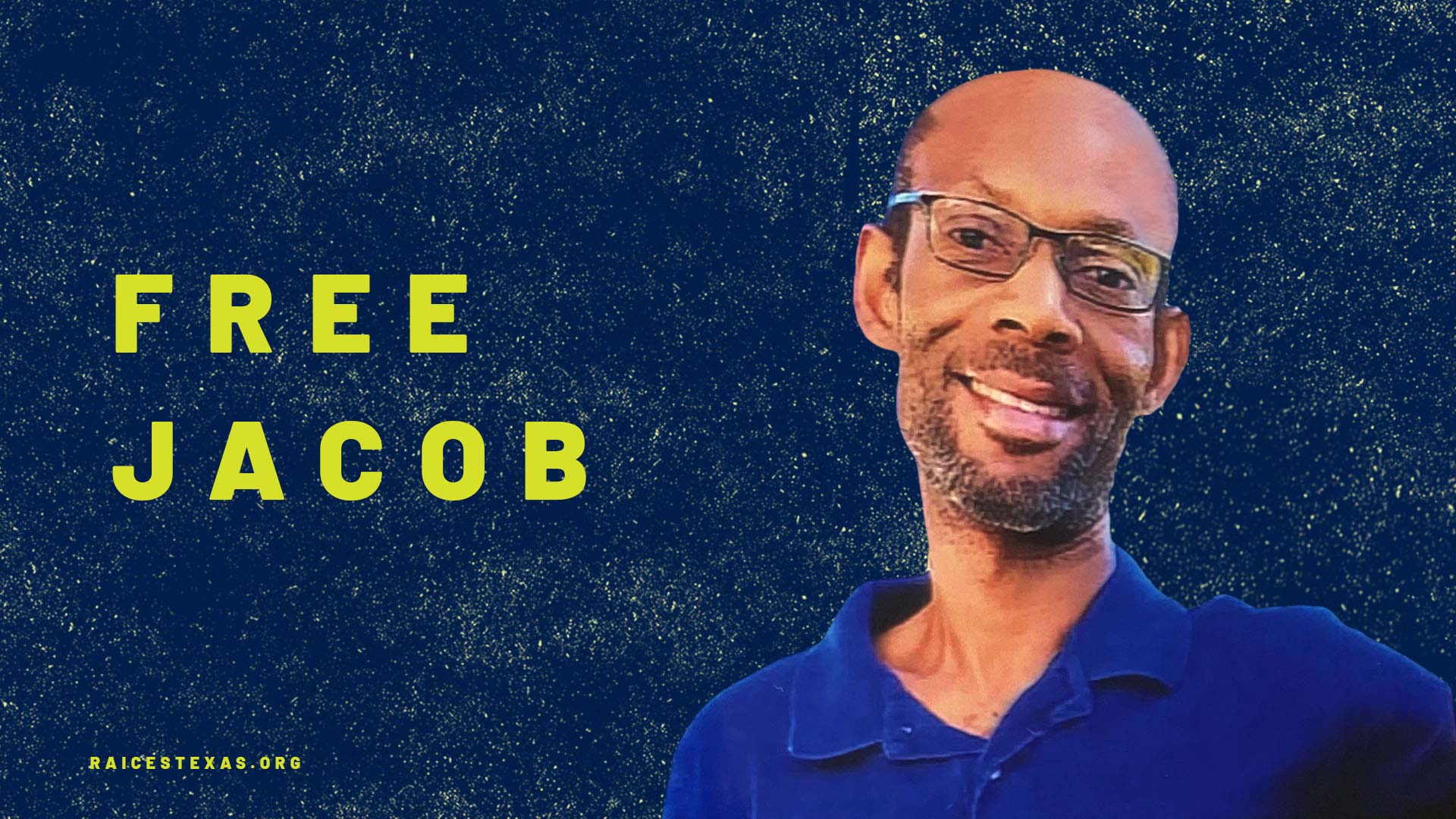 Imagine being trapped behind bars and separated from your family for months simply because you did the right thing. For our client Jacob*, that nightmare is his reality.

Jacob is a husband and father of 9- and 10-year-old children who was working as a police officer in the country he called home. When he spoke out about the brutal and punitive corruption that plagued his department and community, government officials threatened his life, and he fled to the U.S. with his family to escape retaliation. Now, police officials in his native country want him extradited, so they can continue to persecute him and his family. We can’t let that happen.

Jacob filed for asylum, which was denied by an immigration judge. He is currently appealing this unjust ruling.

Jacob is currently detained at Prairieland Detention Center in Texas. ICE can and should release Jacob while his appeal moves forward in court. Speak out and demand ICE free him now.

*Jacob is a pseudonym we’re using to protect our client and his family from further retaliation.