Our client Juan Reyna is a husband and stepfather to two children, 9 and 13, who have been waiting for his release for over a year. Just days after a judge ordered Juan to be deported, he received the heartbreaking news that his father was gravely ill in Mexico. 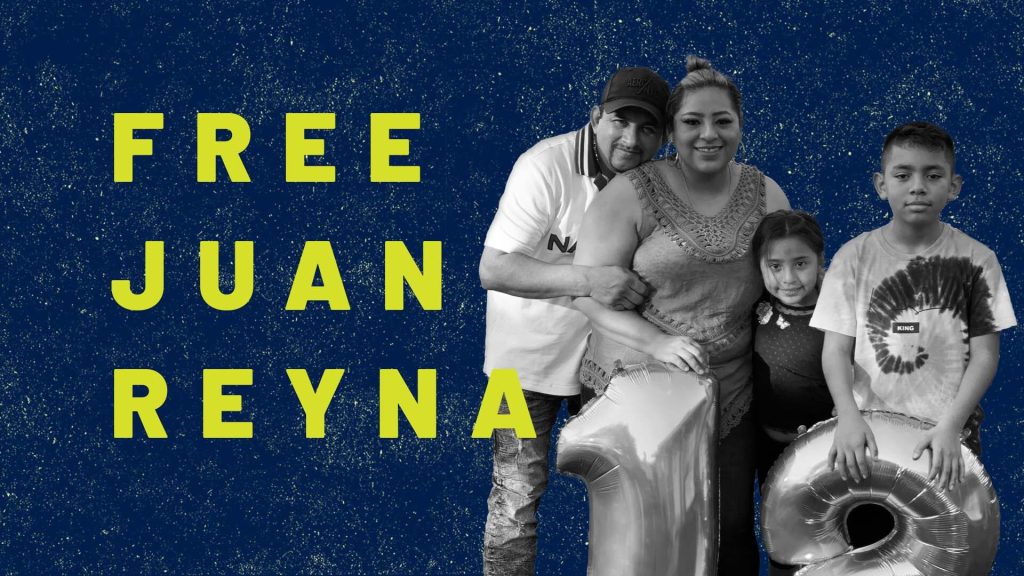 Since then, Juan has been struggling to make an impossible choice: appeal his case while still in detention with the hope to be reunited with his family OR go back home and say goodbye to his father.

These are the kinds of heartbreaking decisions that our unjust immigration system forces people like Juan to make every day. Juan chose to keep fighting.

RAICES attorneys have been working hard for months to get Juan out of detention, and community members like you have used your voice in every way possible to pressure ICE and rally support from the public and Members of Congress to release Juan. There is no reason why he should still be detained. He is not a threat to public safety or a priority for removal.

Now, we need your support again to keep up the pressure on ICE to release Juan from detention.

Can you take action on behalf of Juan and his family one more time and send an email to urge San Antonio ICE Field Director Jose Correa Sr. to free Juan Reyna?