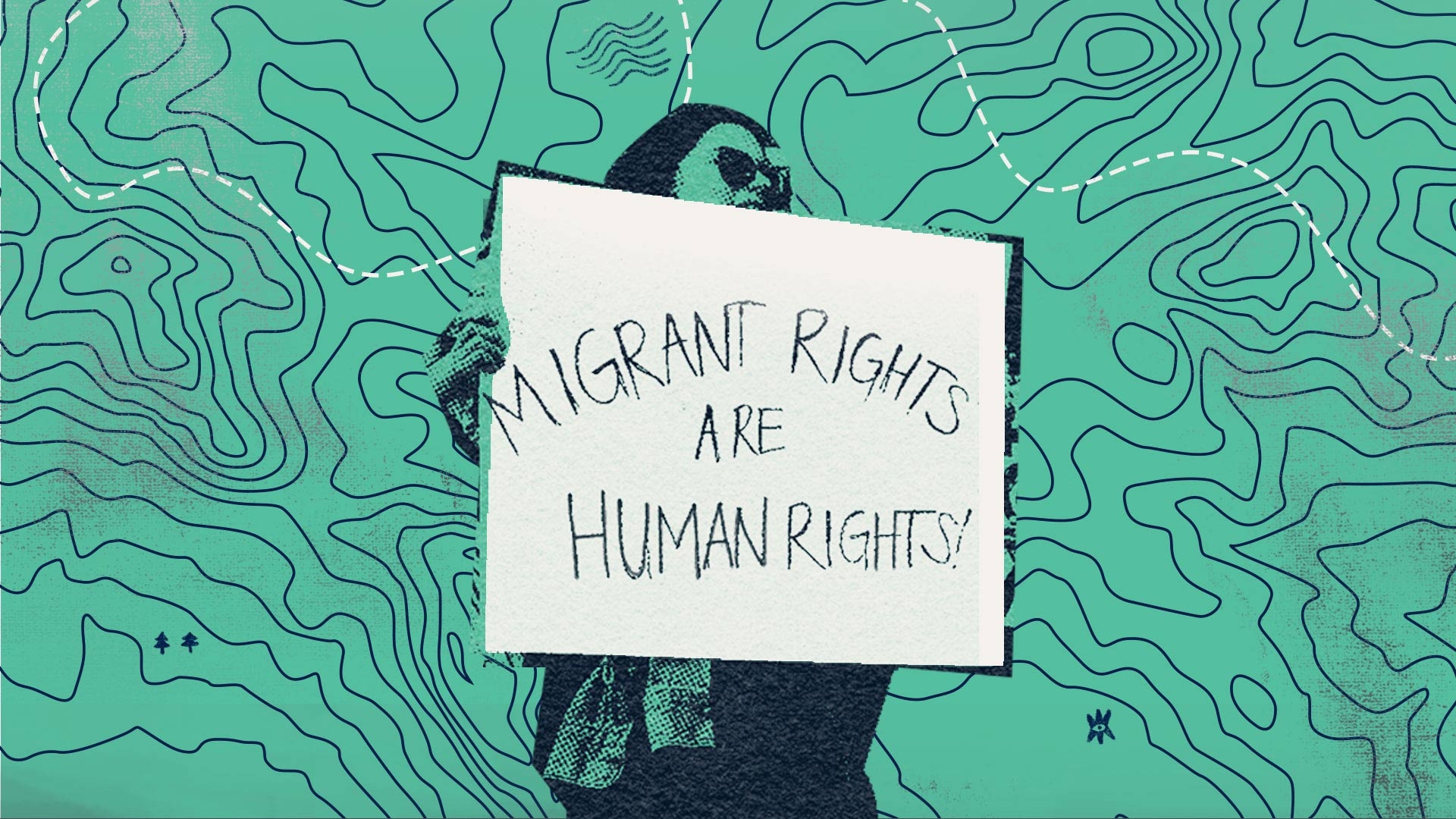 The State of the Immigration Fight

(Dec 22, 2021) Members of the RAICES legal and advocacy teams have come together to offer journalists and community members resources to better understand where the state of the immigration fight is right now, how we got here, and how we move forward in the new year.

There is no sugar coating it – one year in, President Joe Biden has failed to live up to the urgent promises he made to immigrant communities when he first took office. Leading up to November 2020, immigrant communities, advocates, and allies engaged in record numbers to usher in a new era of immigration politics with Biden in the White House and a Democratic majority in the House and Senate. After four years of Trump, we were cautiously hopeful about the potential life-changing impact this administration and the Democratic Majority in Congress would have for millions of undocumented immigrants, refugees, and asylum seekers. At the bare minimum, we expected Democrats in Washington to end all of Trump’s cruel and racist immigration policies, and enact legislation that prioritizes the safety of our communities and treats us with dignity and respect. But the Biden Administration has failed to meet those standards. Some of the most harmful and blatantly xenophobic Trump-era laws are still on the books. Kids are still in cages. Migrant families are still being torn apart by the U.S. government.

Enough is enough. A majority of Americans wouldn’t have tolerated this under the Trump administration, so what’s our excuse now? We are going to focus on turning up the pressure on President Biden and Democrats in power to deliver on their promises or face accountability in 2022.

For immigrant communities, President Biden’s first year in office has felt like one broken promise after another.

Ramping up border patrol: Instead of providing relief and refuge for asylum seekers, ICE has ramped up border patrol under Biden’s watch. Deportations under Biden have surpassed 1.28 million in just one year, compared to 800,000 in 3 years of the Trump administration. At the beginning of 2021, the number of people in ICE custody was 15,415, the lowest number in 20 years, but the Biden administration has since increased that number to 21,811.

Expanding Trump’s “Migrant Protection Protocols” (MPP) policy: The Biden administration has not only failed to eliminate the racist, Trump-era “Migrant Protection Protocols” policy, it has expanded its scope to all countries in the Western Hemisphere, including Haiti, where thousands are fleeing in the aftermath of a deadly earthquake. In September, border patrol agents aggressively chased Haitian refugees on horses and rounded them up at the Del Rio Bridge.

Embracing white supremacist Stephen Miller’s Title 42 to expel and shut out asylum seekers: The Biden administration has also embraced the use of Title 42, a policy invoked by white supremacist Stephen Miller during the Trump era to inflict terror on immigrant communities under the guise of public health, to expel and shut out asylum seekers. This summer, Vice President Harris sent a searing message to refugees fleeing violence and corruption in Guatemala for safety and asylum in the U.S.: “Do not come.”

Abandoning Negotiations for Family Separation Compensation: President Biden promised to help the immigrant children and families still reeling from being seperated and detained by Trump’s immoral zero tolerance policy. However, after months of negotiations, the Biden Administration walked out of negotiations to compensate families impacted by separation at the U.S. – Mexico border, abandoning the thousands of families torn apart by the prior administration.

Using the Senate Parliamentarian as a shield and excuse for not taking bold actions: Rather than protecting the millions of people who are still in the shadows by enacting legislation providing a pathway to citizenship through structural reforms to racist filibuster rules, the administration and Senate Democrats have been hiding behind the opinion of the Parliamentarian – using the legislative interpretation of an unelected bureaucrat and former deporter as a shield for not taking bold actions to deliver on their responsibilities and commitments to our community. Democratic leadership has shown no inclination to overrule the Parliamentarian’s decision, and is prepared to proceed with a vote on Build Back Better in January without even the bare minimum of protections for immigrant communities.

How We’re Fighting Back

For 35 years, RAICES has been relentlessly advocating for a compassionate society where all people have the right to migrate and human rights are guaranteed.

This year, we launched the Keep The Promise campaign, demanding that Democrats keep their promise to the immigrant community and use every tool at their disposal, at the Congressional and Executive levels, to give the undocumented community in the United States the freedom to work with dignity and respect, freedom from detention, and freedom from deportation.

In April, we launched the #UprootedandUplifted campaign, reminding and educating the American public that nothing about our borderlands is welcoming — families are still separated and criminalized for legally seeking asylum, refugee admissions are at the lowest they have ever been, and a militarized border has contributed to ongoing human rights violations by enforcement agencies, especially CBP.

We have also led individual case campaigns like #FreeUbaldo and #FreeYacouba, rallying the public to help free people from detention and reunite families.

Highlights of our activism include:

What’s Ahead for Immigration in 2022

Last month, instead of delivering on their decades-long promise of citizenship for millions, House Democrats passed a version of the legislation that gave some members of our community temporary relief and kicked the can down the road hoping that a future Congress will have the courage to expand paths to citizenship for millions. Now, the Senate is prepared to abandon these bare minimum, milquetoast provisions in order to appease the Parliamentarian, an unelected bureaucrat and former INS deporter.

President Biden can no longer use bipartisanship as an excuse for inaction and cowardice. Democratic leadership cannot point fingers at obstructionists like Joe Manchin for derailing their agenda, when to date they have failed to take any bold measures to demonstrate their commitment to delivering for immigrant communities.

It’s time for Democrats to do something they have routinely failed to do under the current administration and the previous Democratic administrations: Grow a backbone and wage a real fight to protect our communities.

Senate Democrats have the power to deliver on protection for immigrants if they have the courage to lead now. Senate Majority Leader Chuck Schumer and Vice President Kamala Harris can overrule the parliamentarian, fire the parliamentarian, or abolish the filibuster. President Biden can use executive action to protect our communities. There has to be a winning strategy from the Democratic Party and a pledge that its members will use every tool at their disposal when it comes to immigration.

We will not accept any more excuses. We are watching, we will remember what Democrats do in this moment, and we will continue to fight for the necessary structural changes to protect our communities.

The bottom line is, undocumented immigrants deserve citizenship and the freedom to live without fear of detention and deportation. Democrats have promised citizenship for decades when mobilizing our communities to win elections, and they have the power to deliver on that promise now.

The Refugee and Immigrant Center for Education and Legal Services is a 501(c)(3) nonprofit agency that promotes justice by providing free and low-cost legal services to underserved immigrant children, families, and refugees. Learn more at raicestexas.org