Juan Reyna is a husband and step father to two children, 9 and 13, who have been waiting for his release for almost a year. 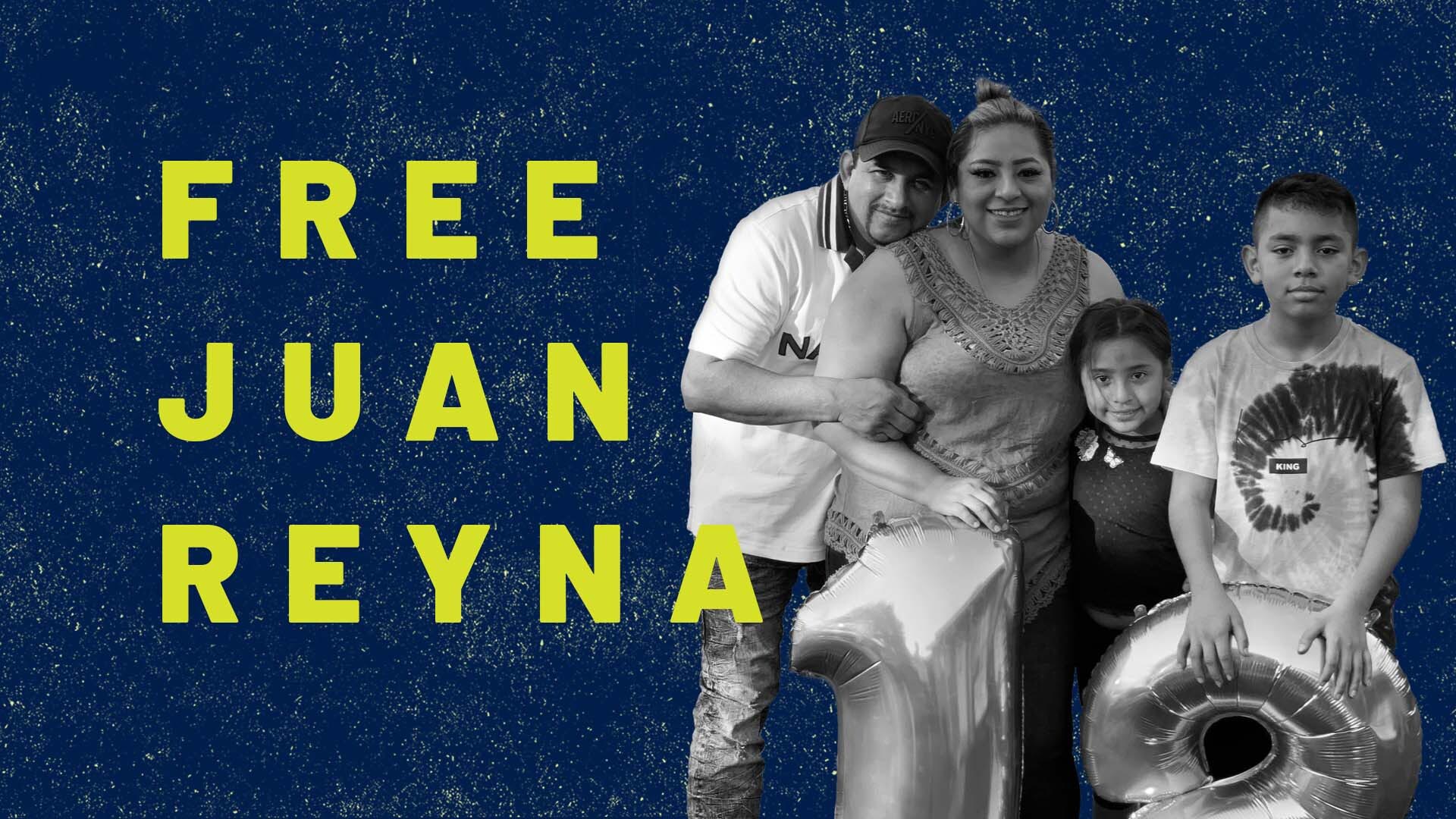 They haven’t been able to spend special occasions and holidays with their father, and if we don’t act now, they’ll be forced to spend their first Christmas without him.

Juan has been in detention since January, when Border Patrol pulled him over and arrested him on his way to work. RAICES attorneys have been working hard for months to get Juan out of detention. Now, we need to put an even brighter spotlight on his case to get him home for Christmas. Juan is not a threat to public safety or a priority for removal – ICE should release him immediately.

Juan Reyna has his whole life here in Texas: his wife, kids, job, and home. He is a construction worker – an essential worker – and thanks to people like him, all of us have roofs to sleep under. His wife, Guadalupe, has serious medical issues, including a lung condition. She and the children are suffering immensely without Juan around.

Will you write a letter urging ICE to free Juan Reyna now?