Texas groups respond to Judge Tipton’s decision to kill the deportation moratorium and demand that the administration, local elected officials do more to protect immigrants

TEXAS – Immigrants in Texas haven’t been allowed a single day of relief. Not only has our community been denied emergency aid amid a global pandemic that last week was exacerbated by an energy and water crisis, but now some will have to endure the failures of the state with the looming threat of deportation.

Today’s ruling by Trump-appointed federal Judge Drew Tipton in Texas invalidates the closest thing we had to the immediate relief we deserve. The ruling is a stark reminder that the same Republican vanguard of Trump loyalists that literally left us in the dark in Texas will continue to escalate attacks against our community. We need a White House that’s willing to escalate attacks against white supremacy.

Judge Tipton’s decision on a claim brought forth by Texas Attorney General Ken Paxton will allow deportations to continue despite President Joe Biden’s directive to freeze removals for 100 days. If today’s decision is appealed, the case will be heard by the most conservative circuit court in the country, the same court that ended DAPA and has a current case that could end DACA protections.

“This decision could be the beginning of a long court battle that GOP leaders are well-positioned to win,” said Claudia Muñoz, Co-Executive Director at Grassroots Leadership. “That’s why we need Biden to deliver campaign promises to break from Obama- and Trump-era policies, the federal government must take action to uphold the rights of all Texans and keep the state in line, our lives and our freedom are at stake.”

“Today’s ruling granting the State of Texas a Preliminary Injunction of the 100-day pause on removals is undoubtedly a setback in our fight to stop the unjust and inhumane deportations of our clients. Regardless of this ruling, RAICES is committed to continue to fight for them every step of the way and use every legal and advocacy tool at our disposal to keep families together and free,” said Tami Goodlette, Director of Litigation at RAICES.

Nora Acosta, a Wimberley resident who in 2018 fought to free her husband from ICE detention said, “They should end deportations because it harms families, and often children are the ones most harshly impacted. Families should be together. We immigrants came here for a better life, and we do difficult, important work in this country. We should be rewarded, not persecuted, on account of our contributions.”

“We can’t allow white supremacy to reign free in Texas, both Biden and local elected officials must do more to fully break harmful deportation policies that have harmed immigrants in this state for decades,” said Carolina Canizales, Senior Texas Campaign Strategist at the Immigrant Legal Resource Center. “Biden must do more to protect people from ICE, and Texas elected officials must demand that Paxton drop this harmful and costly lawsuit.” 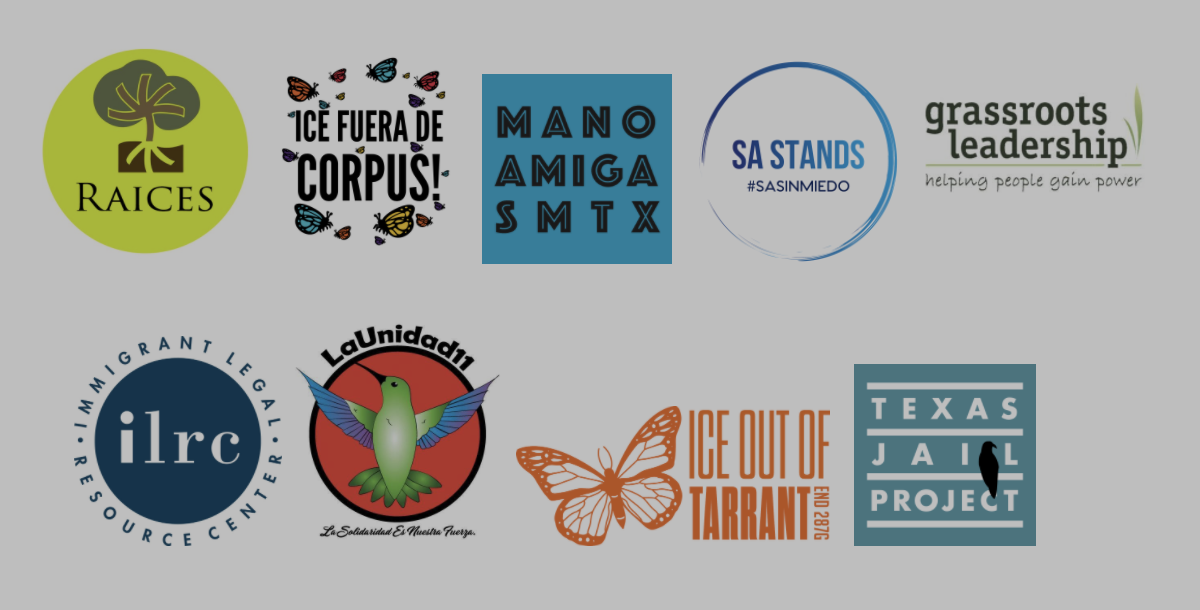