On February 3, RAICES installed cages throughout Des Moines as Iowa caucus-goers go to sites in the city to choose their Democratic candidate for president. We put up more than a dozen chain-link cages in the city, placing them outside media offices and other prominent places in the city, like city hall. These cages have fake children inside covered with mylar blankets, symbolizing the children jailed in detention along the border and throughout the country. Each cage includes a #DontLookAway sign and will play an actual recording from a child who was kept in detention.

These cages are similar to the ones we helped install in New York City over the summer in collaboration with Badger & Winters, which went viral as thousands of people took photos of the cages and posted them online, even as police eventually dismantled the cages and hauled them off. We replicated the action in Des Moines at the height of the most anticipated caucus in modern history. 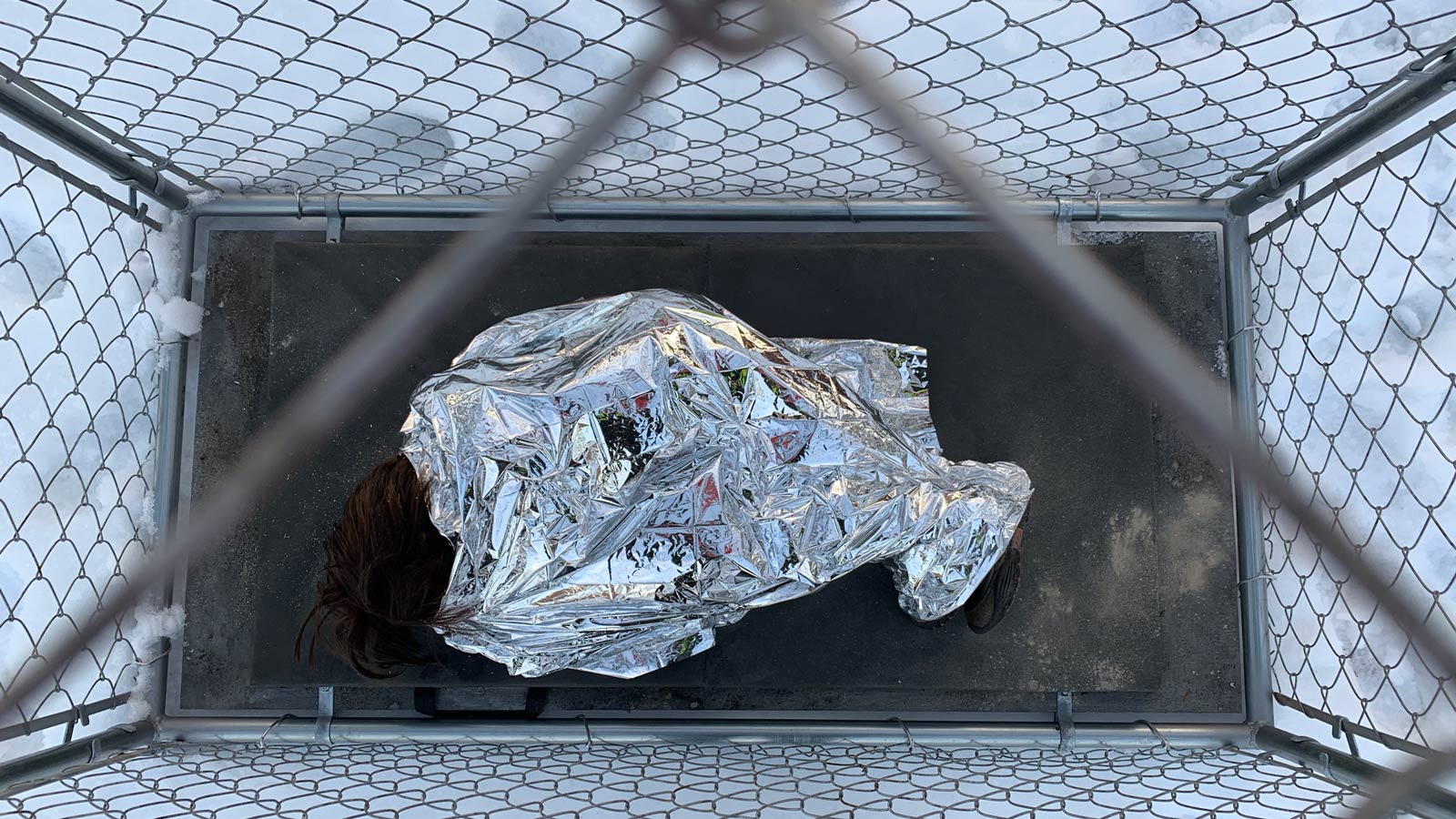 We’re doing this as the administration breaks records in detention by keeping up to 52,000 people jailed at once and has sent back more than 60,000 people to Mexico to await their asylum hearings in conditions that are utterly depraved, as we have been documenting for months. We’re doing this as the Trump administration has quadrupled workplace raids that target people holding a job and paying taxes in this country.

We’re doing this because very few political leaders are laser-focused on immigration. The horror at our border still goes ignored far too often, absent from the presidential debates and political statements.

To everyone watching, we’re asking you to not to look away. With this action, we are asking the American public to support a moratorium on deportations. This is part of the new Migrant Justice Platform, a collection of policies by some two dozen grassroots organizations including RAICES to depart from the comprehensive immigration reform strategy, which has always put inhumane compromise first, and push for radical change to our immigration system. These policies include a full moratorium on deportations, an end to immigrant detention, citizenship for all 11 million undocumented people in the country, demilitarization of the border, the dismantling of ICE and CBP, and the formation of truth and reconciliation committees examining the human rights abuses committed against immigrants by past administrations.

The media, political leaders, and the majority of the American public might have forgotten that kids are still in cages. But we are here to remind them. Don’t look away.

Read the platform, then take action

Don't Look Away By Donating